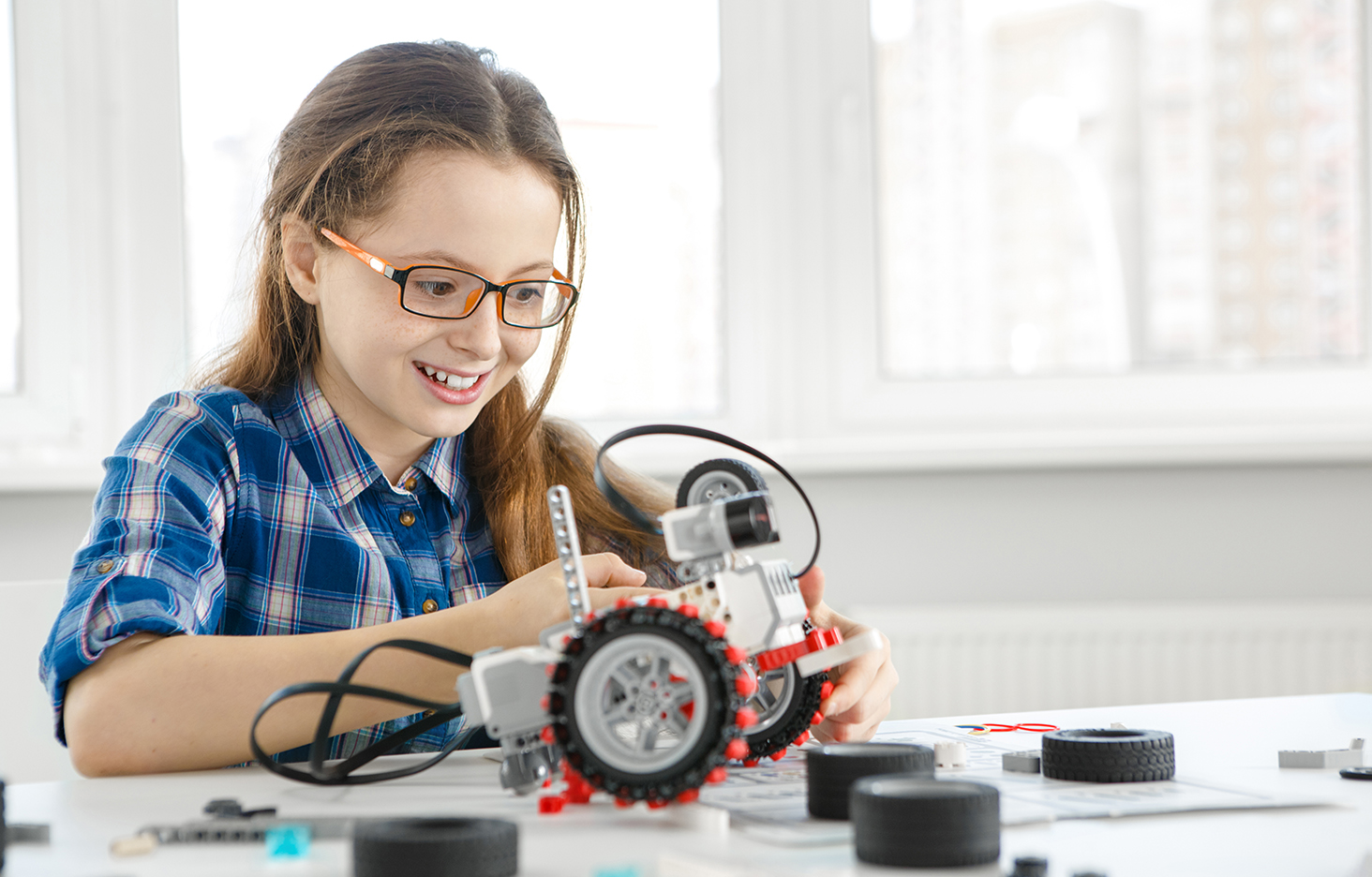 Giftedness myths are very present in our society. They make rules. We even aren’t aware of their reign over us…until we’re not face in face with giftedness puzzle as a parent, teacher or gifted ourselves…

Many articles on the internet try to explain what giftedness is and what’s not. They also propose lists of myths about giftedness.  These kind of articles are very helpful for all people who are at the beginning of their journey of discovery of giftedness phenomenon and want to better understand a complexity of human intelligence.

I have also been interested in this topic for quite some time. When I started to explore it, it was very helpful to read those lists of most common myths about giftedness. These information could not satisfy me as I craved to understand more and, above all, get the whole picture of and around the phenomenon of giftedness: IQ tests, definitions of intelligence, gifted education. So I ‘ll share chunks of knowledge with you in this article about what I found up till now. This is also the occasion to show my position, where I stand among all these concepts and definitions.

Myths are broad generalisations about gifted children and there are hundreds of them “circulating in the nature”. When people use them, they try to explain phenomenon, tendencies, and behaviours. They are based on anecdotal information, observations of of teachers in one or two situations or conclusions of some psychologists and psychotherapists who happen to meet gifted persons in crisis.

We hope IQ tests results will bring more clarity but we quite often have not quite coherent informations about it. IQ tests can offer us a hint of truth. What confused me the most is that you can be gifted and still don’t know your final IQ test score because of a discrepancy between the subtests scores on an IQ assessment. If I got it right, there are two IQ test results possibilities: being gifted without knowing the exact result of IQ test (heterogenous types of gifted) versus being gifted with exact results on IQ tests (homogenous types). Heterogenous types of  gifted can have huge difference in results on IQ test’s subtests so it’s not possible to calculate the exact IQ for them..I also found out that people having “calculable” IQ,  but having IQ score above 145, are also left in the dark about their exact scores because the IQ test, to simplify it to the maximum, can’t give the exact information either when score is that high. This question demands a whole new blog article to be written about. So, hopefully, I’ll try to write about it in some of the next blog articles.

Even the results on IQ assessments and tests themselves are to be taken with reserve, there are groups of specialists considering giftedness as IQ tests score on a standardised tests. For me, I feel it’s missing the point about giftedness again.

Still, this lack of precision doesn’t stop some countries to create rules that define who’s gifted and who’s not, based on IQ test scores. For example, moving from Connecticut (where gifted are top 5% cut-off), to Oklahoma (top 3%) you’re no longer gifted. I also found out that in some countries (and organisations) you are considered gifted if you had an IQ 120 and in others, only if you have IQ 130 or above. It seems, you can’t be the member of Mensa organisation, if your IQ is under 130….There are other, very high IQ communities that take IQ measurements as main condition for recruiting new members.

So, I scratched my head in confusion…. …How is it possible to put “on the throne” an IQ measurement score if it’s a such instable measurement tool in many of cases. What to do with one very , very heterogenous groups of gifted, called twice exceptional (2e)?!…Their IQ results should be very difficult to calculate…

I won’t be able to mention all giftedness myths here but I will mention one or two I found frustrating and unjust. First one is also one of the prevailing myth: every gifted person has to be best in everything he/she does. I know that one of French authors, Nicolas Gauvrit who happens to be a psychologist and mathematician specialising in cognitive science, have tried to demystify some of the most commonly used beliefs about gifted people to show that scientific proofs for them are inexistant.

The second frustrating generalisation is that intelligence can be the answer and the remedy for every need one gifted person can have. Consequence of it: gifted aren’t provided with all they should need in reality. So, there is a tendency, if any special services are provided for gifted, that focus stays on their educational needs while social-emotional needs  are very much neglected.

Also, giftedness is too much often, and I dare to say wrongly, linked to the ideas of prodigies because of the myth mentioned above. Less known truth is following: researchers specialised in child prodigies (D.H. Feldman and L. Goldsmith), explained that the phenomenon of prodigy that’s always domain-specific, has nothing to do with their global IQ scores but more is the result of mix of factors. I was taken aback by these authors finding that high IQ score is not necessary to be a prodigy.

Definitions of intelligence nor gifted education concepts won’t make it any easier for us.

There are a lot of definition of intelligence, and my intention is not here to put myself into shifting sands of explaining pros and cons of them…but, to make it simple, the most common conceptualisation of smart person, especially broadly present in the Western World is that of a person who is able to reason and think abstractly, plan, solve problems very effectively and quicker than others. (You all remember Sheldon, don’t you?) Howard’s Gardner’s theory of  “multiple intelligences” seems to broaden possibilities to other types and concepts of intelligence but I also agree with Scott B. Kaufman (author of Ungifted) that it has its limits. What happens if one person manifests completely different kind of intelligence not formally described before?! What do we do then? This would not be a problem if only all the people could be capable to keep this perspective of new intelligences open. Unfortunately, we use and prefer to stick to firm definitions and generalisations.

So this brings us to another disappointment…Gifted education also needs demythologising. Yes, even in science and research in gifted education, there is also a lot of dogmatism (rigid adherence to doctrine) and strict barriers. The group of authors of the book “Dogmatism in Gifted Education” write about so much confusion and conflict in the field of gifted education. Some researchers strongly believe giftedness is only achievement, realised talent, excellence while others see it also as potential ( realised or not realised)..It would be very helpful to clear away conceptual frog and bring together fragmented vision of gifted education. Besides measurement “obsession” that sees giftedness as quantifiable traits or aptitudes that I mentioned above, other prevailing ways of seeing/treating giftedness exist.
Talent development sees giftedness as modifiable, multidimensional and context-sensitive.
For learning needs-based researchers, students need to be assigned to classes or services based on learning needs.
For self-as-gifted movement (Morelock), Columbus Group, Dabrowski Group, giftedness is seen as asynchronous development, inner experience of the self, or being out-of-synch between emotional and cognitive. Carol Dweck sees giftedness as growth mindset. All these different ways of seeing/treating giftedness should get together instead of competing between each other.

I strongly believe in giftedness as asynchronous development, inner experience of the self and want to contribute with my work to see this way of seeing giftedness in front and central position and importance in public arena, more close to people and more of help to parents, children and society who benefits from realisation of one’s talents. This vision of self-as-gifted and giftedness as social construct has to be taken into account by medical profession in order to preserve gifted people from misdiagnosis.

And this is exactly the part that I see where giftedness myths do us wrong. Until we don’t start to work on gifted education holistically, taking the whole child into account, there will be more underachievers among gifted people than those in full possession of their capacities. There are many other downsides of introverted myths… As long as gifted myths are prevailing, we will have gifted people with fragile sense of self, prone to harsh self-criticism, perfectionism, creation of thick “false self” that prevents from living authentically and can lead to loss of authentic expression of their feelings.